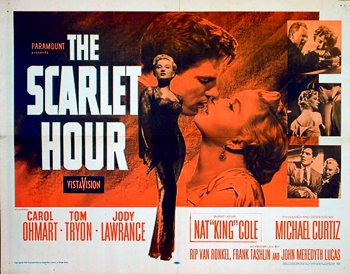 In this little-known gem of a film noir, a woman and her lover plan her husband’s untimely demise. Widely considered to be the last example of a classic film noir film, this production was a relatively bold experiment for a mid-1950’s Paramount release, mainly for the way Curtiz used a series of experimental Fujinon lenses which allowed for filming at reduced light levels given their larger than normal apertures.

Nat King Cole performs this song in the film during a nightclub scene.