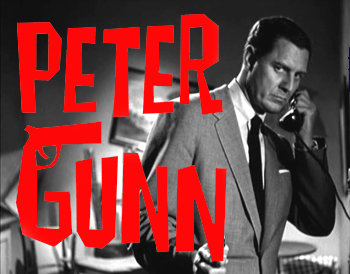 DREAMSVILLE is a song from the 1950’s detective-noir hit series Peter Gunn. The title character, played by Craig Stevens, is a well-dressed private investigator whose hair is always in place and who loves cool jazz. Where other gumshoes might be coarse, Peter Gunn is a sophisticate with expensive tastes.

As Gunn’s girl Edie Hart, Lola Albright shined in the female lead. The former model could hold her own in front of the microphone as well. The blonde bombshell, who won the 1959 Best Supporting Actress Emmy for work on Gunn, cut jazz records of her own. Her Lola Wants You was released before the series began, and she spun her television fame into a follow-up recorded with Mancini, Dreamsville. Like all things Gunn related, it oozes cool.