In The Arms Of Love 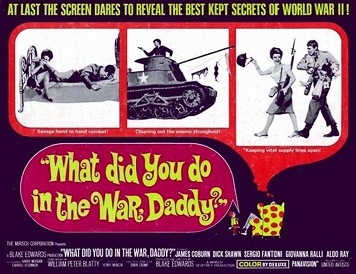 In The Arms Of Love was introduced in a film entitled What Did You Do In The War, Daddy? In the film, a wartime outfit of U.S. soldiers is assigned to capture a village in Sicily, but upon arrival, they discover that the town has been expecting them and will willingly turn itself over to the Americans’ rule, provided they are permitted to complete a soccer match and a wine festival.

From the United Artists Picture WHAT DID YOU DO IN THE WAR, DADDY?