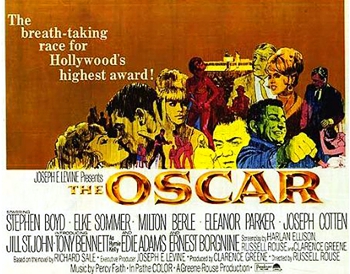 The film features an impressive cast and crew, including several real Academy Award winners: eight-time costume design winner Edith Head (who would also be nominated, but not win, for The Oscar); Best Actor winners Borgnine and Crawford; Best Supporting Actor winners Begley, Brennan (three wins), Sinatra and James Dunn, and cinematographer Joseph Ruttenberg. Also in the cast were Oberon and Parker, who had been nominated for Oscars but did not win.